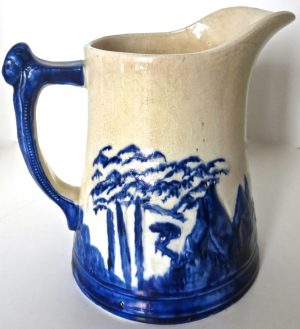 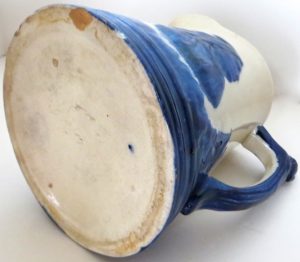 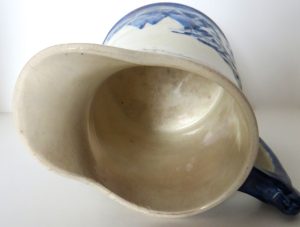 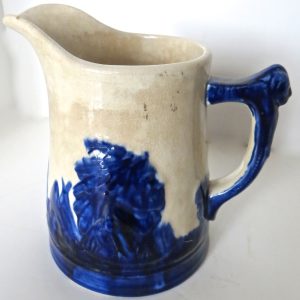 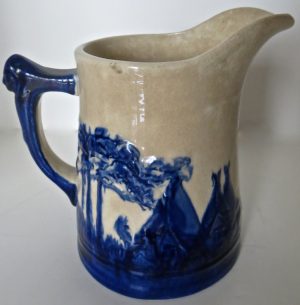 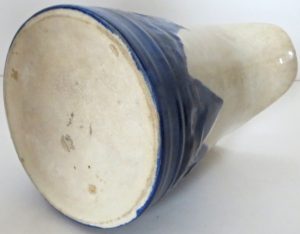 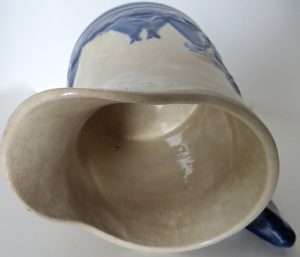 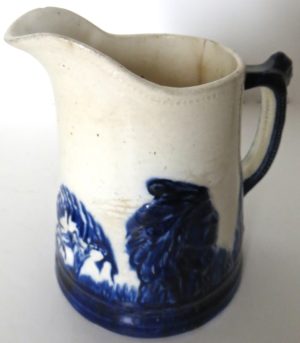 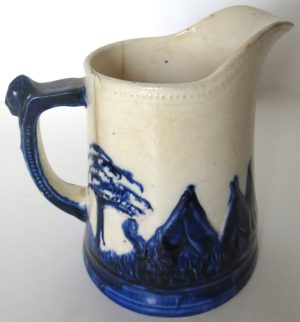 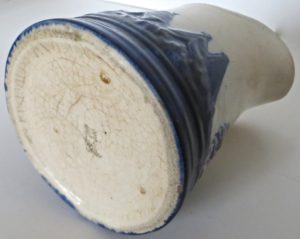 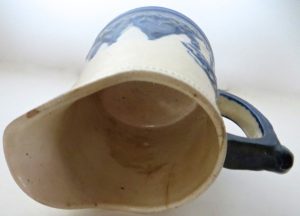 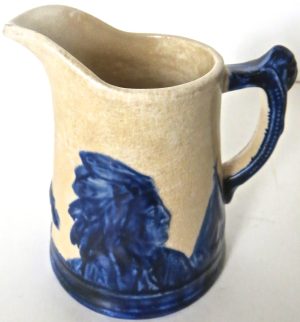 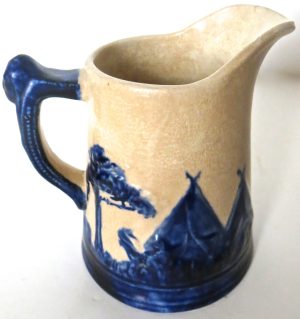 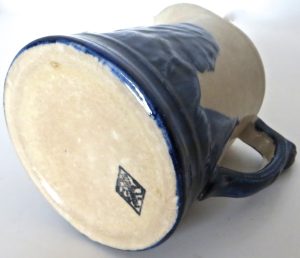 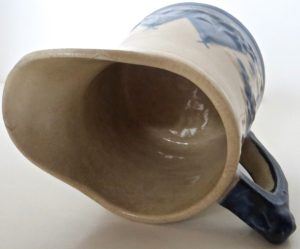 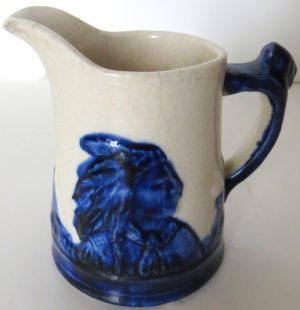 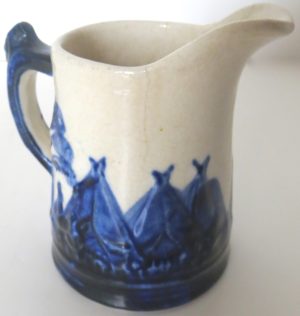 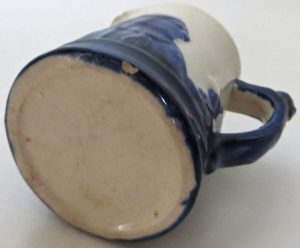 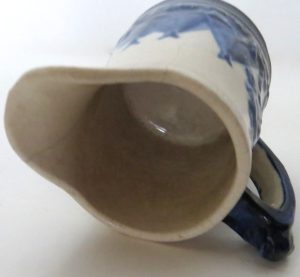 “Sleepy Eye” stoneware pitchers were promotional items used to advertise The Sleepy Eye Flour Milling Company, in Sleepy Eye, Minnesota. The factory was built in 1883 and remained in operation until it went into receivership in 1909, at which point it struggled under different ownership until it finally went out of business in 1921. Chief Sleepy Eye was a Sioux Indian chief in the Minnesota area who lived 1780 to 1860, and was known for his characteristic droopy eyelid, thus the name, (Sleepy Eye); and immortality was created by having his indelible image in raised relief appearing on these pitchers in blue and white. Teepees and trees, in deep cobalt blue complete the decoration. The “Sleepy Eye” logo appeared on other items the flour company used for promotion as well.

These pitchers were sold and given away as premiums, consequently, they were not made of fine porcelain or intended to grace the tables and kitchens of royalty, but rather, every day middle Americans. That is why they are typically found with chips and hairlines here and there. There are copious amounts of reissues, some having been made until quite recently. The disparity in pricing is due to the preponderance of these reproductions. Even without an understanding of antique pottery, there are several ways to identify a “repro”.

The Weir Pottery Company, Monmouth, Illinois, was probably the manufacturer of these pitchers, and would have been subcontracted by the Sleepy Eye Milling Company. They were in business until 1905, at which point they were taken over by the Western Stoneware company.

4) 5 1/4″ x 4″ (base). Just about flawless; nice patina and crazing throughout. “Monmouth” marking at the base indicates Weir Pottery Company (located in Monmouth, Illinois).

5) 4″ x 3″ (base) One hairline from top of pouring lip down the front; another ever so slight to the side; a small chip to front lip (see image).

All in all this is a very sound set with no repairs and no touch up paint; the handles are very sound with no structural damage of any kind. A wonderful addition to the collector of blue and white pottery, a Western collector, or those who collect Sleepy Eye items.