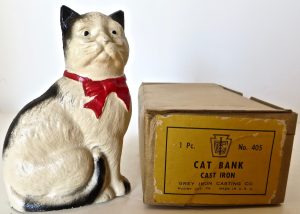 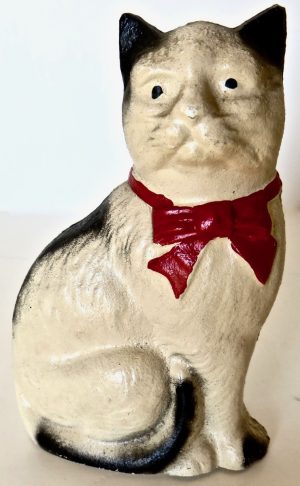 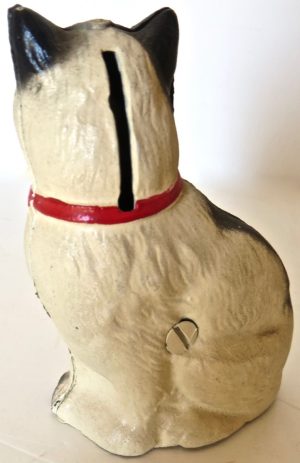 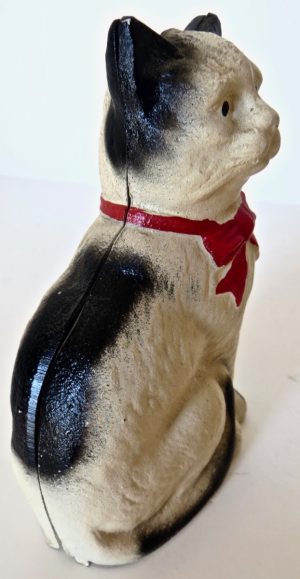 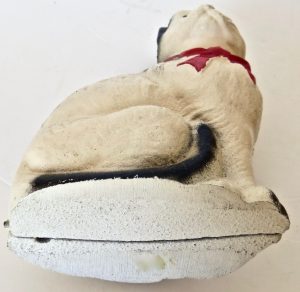 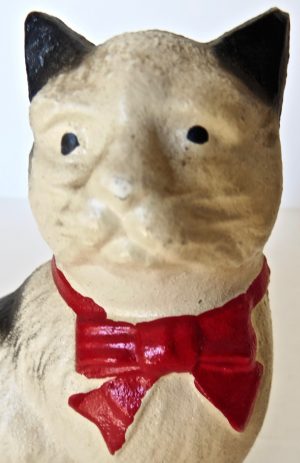 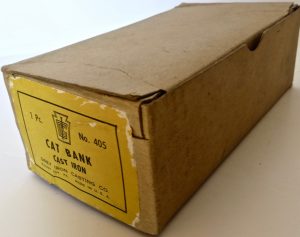 “Cat With A Bow Seated” cast iron still bank is a re-issue of a bank by the same name and same casting made in the early 1900s by the Grey Iron Casting Company. It is documented in Andy Moore’s concise book on still banks called “The Penny Bank Book”; listed as item number 365. This example was made by The John Wright Company in Mount Joy, Pennsylvania in 1970. They purchased the copyrights from the Grey Iron Casting Company along with some of Hubley’s patterns and made this bank from the original pattern. It is quite collectible as such and is very well done and hand painted in accurate cat like colors of black and white with a red bow. The bank is in all original paint and in mint condition. It includes the original cardboard box. Made in U.S.A. It is very well cast; note the tight seem where the two halves meet. The slotted screw which would have been turned to separate the two halves to retrieve the coins has never been turned (see image).