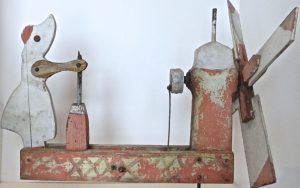 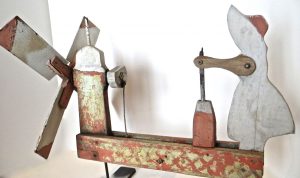 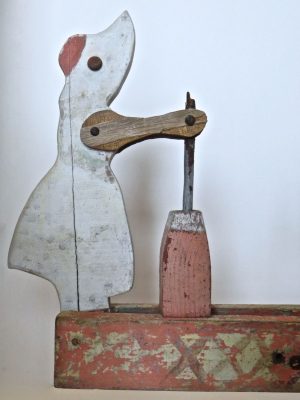 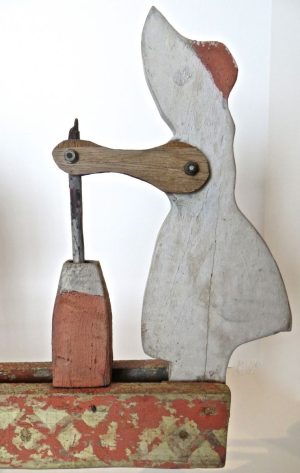 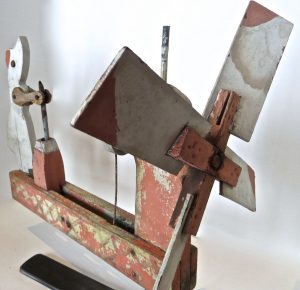 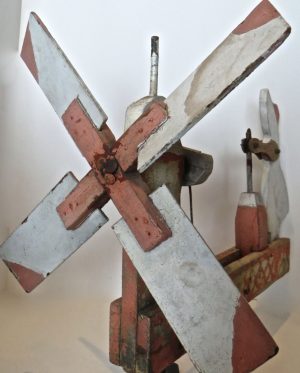 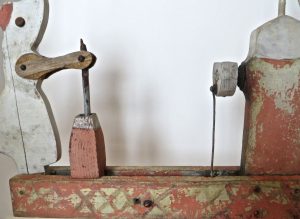 Ubiquitous 20th century theme for whirligigs, this example depicts a woman churning butter, with the action being driven by wind powered four blade propellers in the front. As the wind catches the blades, the mechanism is activated, whereby a cam rotates, causing the women to move her arms up and down as if churning better. The combination of the hardware used, and the crazed paint dates the whirligig to around 1940. One of a kind, hand made, hand painted, and primitive so probably home made and more than likely “used”. Condition is original. There is one eye missing (would have been applied) to one side of the woman. Made out of wood (probably pine) with metal hardware.

The heavy black base was made especially for this whirligig. Mounted on this stand the whirligig can be rotated 360 degrees.