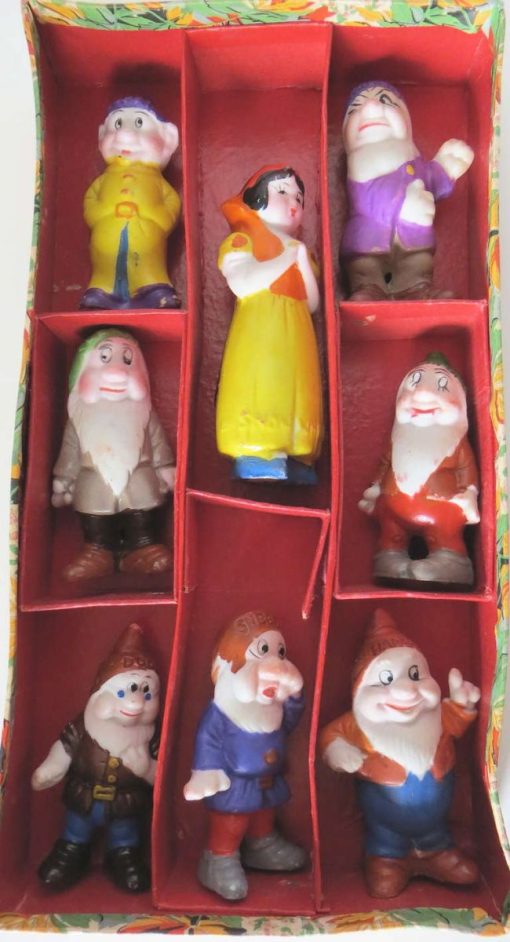 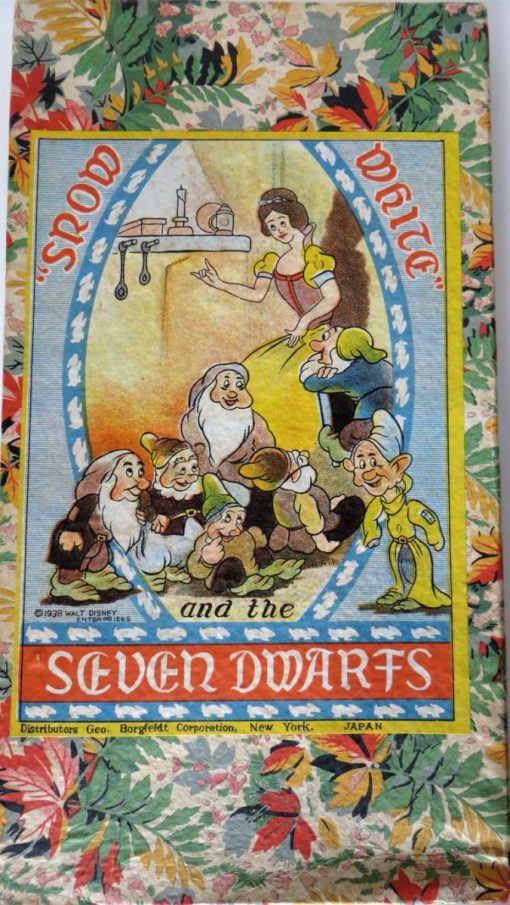 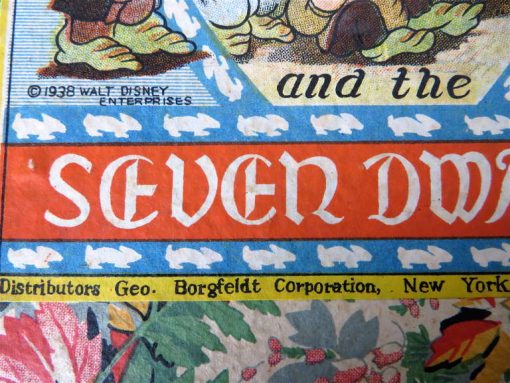 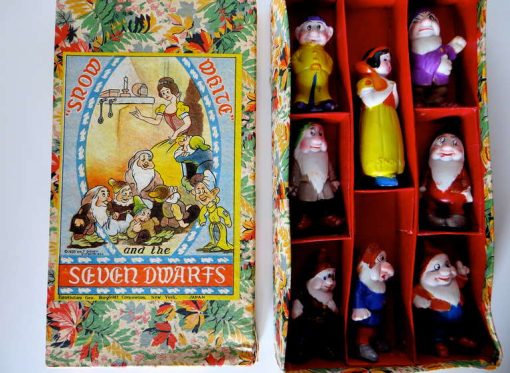 This is a very early Walt Disney item, labeled “Walt Disney Enterprises” and dated 1938. Also on the box is the name of the manufacturer “Borgteldt” of New York. The movie “Snow White was released in 1937 and this was one of the first play items distributed by Disney. Snow White is about 6 1/2″ high, and the dwarfs are about 5″ high. The box is 9″ x 5”.

Considering that these items were made of bisque and played with by children, this set is in unusually outstanding condition with the original colorful box. While the figures can often be found, they are typically beat up or at best, have some damage. These figures have no fading, chips, or cracks, and are with the original box which is almost impossible to find. Great for a toy collector, Snow White Collector, or Disney collector.