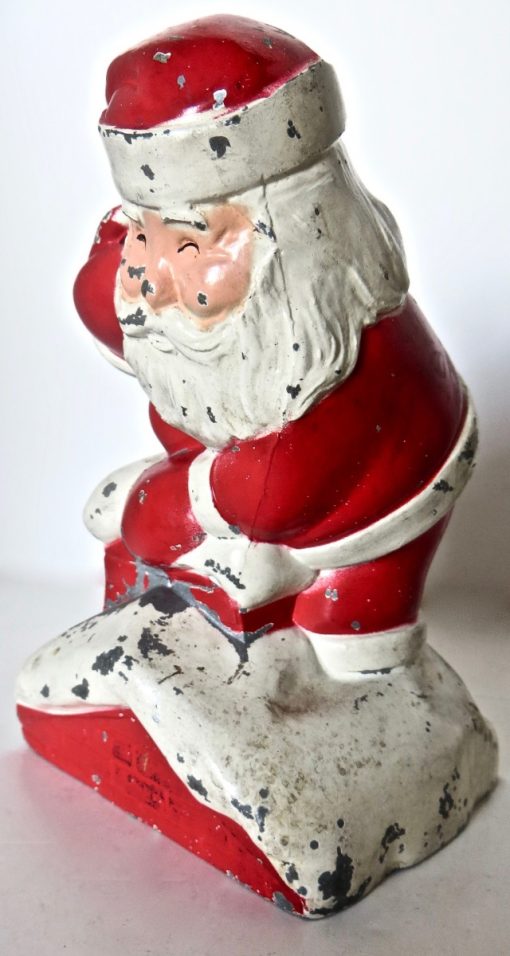 “Santa On Roof” still bank, American, circa 1960. was made by the Banthrico Company in Chicago, Illinois, and given away as a premium, typically for children, for opening up an account. The bank is documented in two publications; listed as #105 in Andy Moore’s “The Penny Bank Book”, and also on page 37, #117 in “Coin Banks by Banthrico” written by James Redwine.

This example was made for “Worchester Federal Savings” in Massachusettes as is printed on the rear of the bank (see image). The bank depicts Santa Claus on the roof top with one leg down the chimney.
The bank is in original condition and painted in the appropriate red and white Santa colors. There is a small 1/4″ hole (casting flaw) to the white metal where the chimney meets the snow on Santa’s right side (see image).
Dimensions: 6 1/4″ high x 4″ wide 3″ deep.