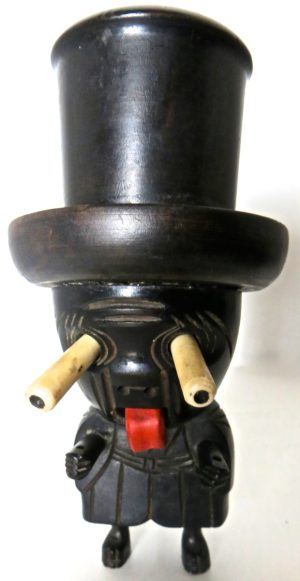 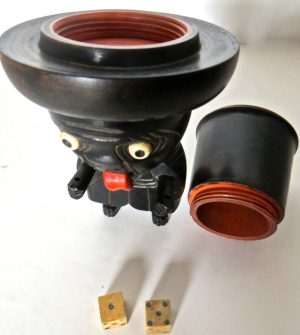 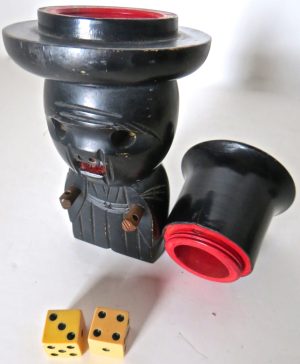 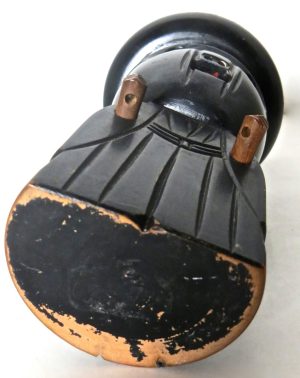 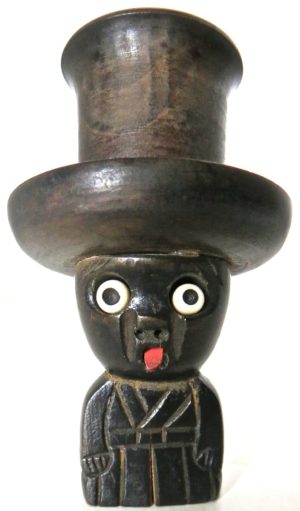 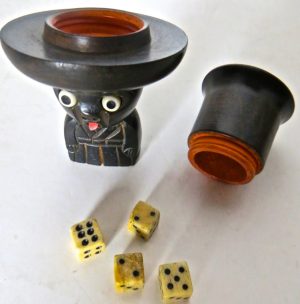 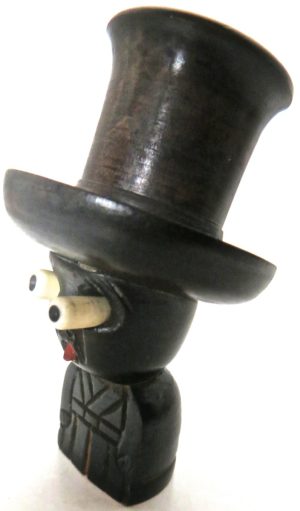 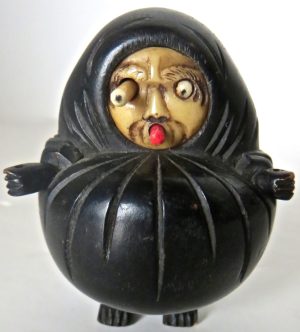 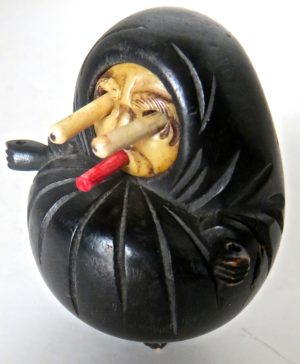 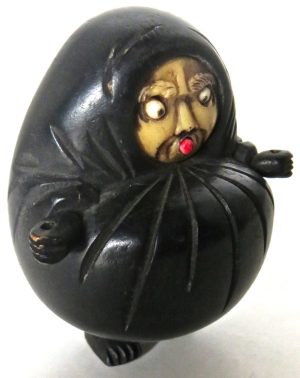 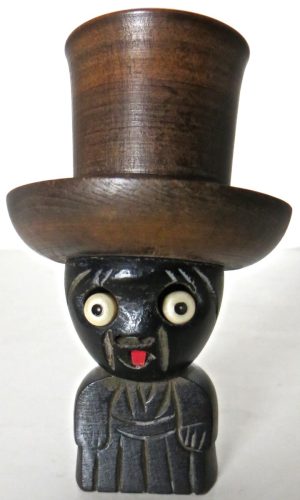 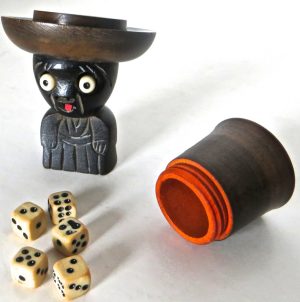 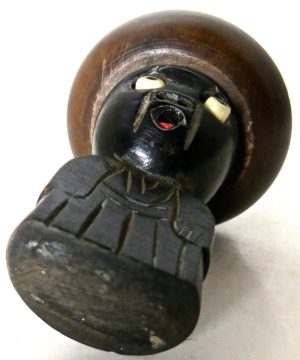 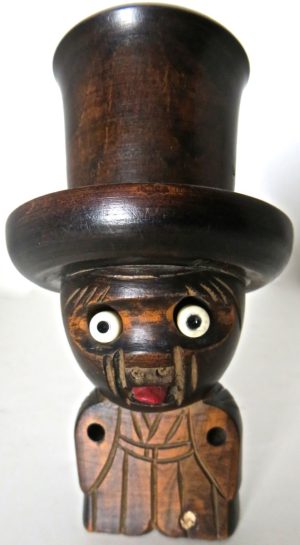 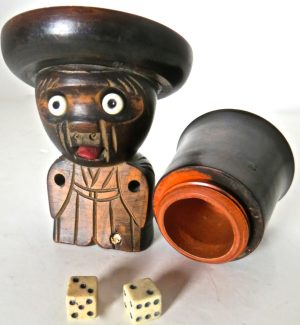 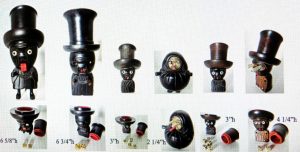 Kobe Toys are very mysterious and not much is known about them. They were created and hand made during the Meiji period in Japan, which covered the years 1868 until 1912. These particular (6) figural toys I date to around 1890 to 1900, although there is evidence that Kobe toys were made a few years earlier and were made through the 1920’s. As Japan became a more open society in the late 1800’s, sailors from overseas visited the ports (in this case Kobe) and their influence is depicted in the Kobe rendition of an African American based on these interactions, conversations, and sketches. These toys are quite rare since they were never produced for commercial gain or export, but rather sold as mementos at the docks where the foreign ships were in port.
They are made of hand carved ebony with bone eyes that protrude upon either shaking the dice or simply tilting them forward. Unscrewing the hat reveals original hand made dice which were probably used and made, for gambling and or amusement as children’s toys, and exported to America.
These six figural bust toys are in excellent condition. Five of the six have their original dice under the unscrewed hat; the old lady figure never came with dice; the figure second from the left is lacking his eyes (see all images).
Looking at the primary image and going left to right the dimensions are as follows:
6 5/8″, 6 3/4″, 3″, 2 1/4″, 3″, 4 1/4″.